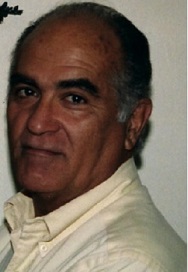 Deacon Esteban Ortiz was born in La Habana, Cuba, immigrated to San Jose, Costa Rica at the age of 39 and later relocated to Miami where his parents were living. He was working in St. Kevin’s Catholic Church in Miami in different ministries like Usher, Extraordinary Minister of the Communion, Lector, the Knights of Columbus and with the Society of St. Vincent de Paul where he was the President of the Society in the Parish. He was commissioned as a Lay Minister in 1997. Esteban received a call to service as a Deacon in Miami and this call led him to St. Vincent de Paul Seminary at Boynton Beach, Florida. On June 11th, 2005 he was ordained as a Deacon by the imposition of hands by Archbishop John Clement Favalora in St. Mary’s Cathedral. He was assigned to St. Kevin’s Catholic Church in Miami. Deacon Esteban Ortiz served at masses, baptisms, weddings, funerals and the Benediction on every Thursday. He also served as the Spiritual Director of the Prayer Group and was assigned to the Bereavement Ministry at the Archdiocese of Miami. He is a member of the Deacons for Life organization and the Asociacion Nacional de Diaconos Hispanos (National Association of Hispanic Deacons). He is fluent in Spanish and English.